A lot has happend since I went AFK – Away from keyboard. The last couple of months I have been to awesome events inside and outside of the Netherlands. From Milan Fashion Week to Paris Fashion Week, press days and more, today I am sharing some of the things I did while I was offline with you all.

I’ll just give away some little hints about Milan and Paris Fashion Week as there is sooo much to show and tell about these major events! So stay tuned for more on these two subjects!

Read on for some photo footage and story telling of my time being away from keyboard!

Some of the shows were so amazing, like Roberto Cavalli, Dolce & Gabbana, Missoni and Dsquared2 (all for Artishock) but I was mostly impressed by the show of Philosophy di Lorenzo Serafini! More about Milan Fashion Week soon 😉

Next up Paris Fashion Week, I went together with my beautiful colleague Robbin to see the Off White show. We spend two amazing days in Paris and checked out street style as well.

During my time away I also went to the presentation of Mart Vissers own brand! He showed his gorgeous pret a porter collection during an intimate catwalk event where he had time to talk to all of the press and bloggers attending. I also had several meetings, for example at IMYF, as well as pressevents, like the events from UPR and Pauls Boutique.

Last month I went to some of the coolest events I have ever been to. Skechers invited me for a rooftop yoga session with Yuna Yoga from Amsterdam. The event was all about the Skechers GoFlex Walk which has an insole similar to a yoga mat, super comfortable!

Check out this short video about the event, and hear my opinion on the shoe 😉

Last month it was time for the fall winter press days as well. Together with Taria-Ann I went to Amsterdam where we had a long day full of visits to PR agencies and in the evening the Nelson Premium store opening.

The new Nelson store on the Nieuwendijk in Amsterdam is huge and has a big choice of shoes, I bet everyone will find a pair they like there! Not only was the event a store opening party, it was also the moment for Nelson to announce that they are building a orphanage for the charity ‘Orange Babies’ where around 20 orphans will get a better outlook on their future. Besides announcing the orphanage, Nelson shoes also handed over a 15.000 euro cheque to Orange Babies!

Photos by Nelson.nl! Thanks to UPR, Orange Babies & Nelson for having me 🙂

After the event Taria-Ann and me were super tired, but the sun was still out and there was a big ferriswheel on the Dam Square. So guess what, we went in the ferriswheel and just had a moment to see all over Amsterdam!

All together I have been to some amazing events during my time away from keyboard and it is a little bit of a shame that I did not write about some of these events earlier. However I feel that I’d rather post quality content once in a while, than quickly written, small articles everyday.

What have you been up to lately? 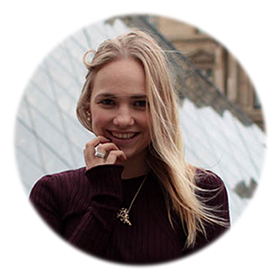